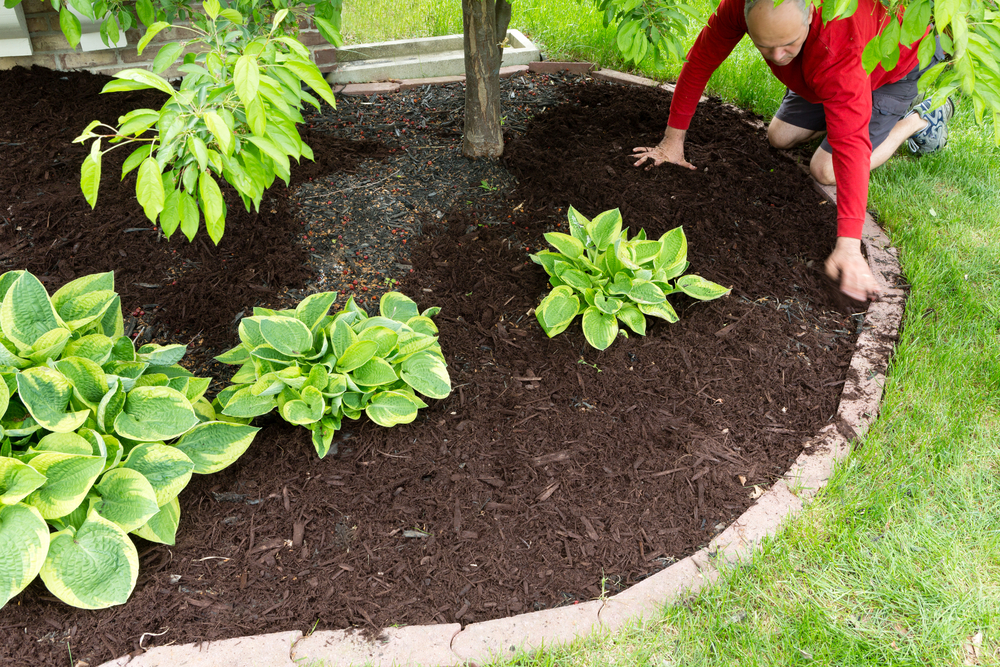 Everything comes with a learning curve, including landscaping. That means the pros responsible for the gorgeous gardens you “ooh!” and “ah!” over on television and social media feeds have made their share of mistakes. As Kelly Norris, director of horticulture and education at the Greater Des Moines Botanical Garden, sums it up: “The more you garden, the more you realize how little you know.” Fortunately, the greatest green thumbs want the world to be a beautiful place, so they’re happy to share their planting faux pas with you, the home gardener. Here’s your opportunity to learn from the best and avoid some of those landscaping mistakes:

“I bumped off butterflies!”

It’s important to plant enough of a species to look good in your garden and serve the pollinators that depend on it. Just ask Laura Ekasetya, director and head horticulturist at Chicago’s Lurie Garden. Seven years ago, she was experimenting with wooly pearly everlasting (Annaphali triplinervis) when it became stricken with a seemingly mysterious disease that prevented it from flowering. So she cut away everything she believed to be infected parts. After some more research, however, Ekasetya discovered that wooly pearly everlasting was a host plant of the American painted lady butterfly—and she had unintentionally removed all the larvae! “The solution is to have a critical mass of a plant so that there is enough for pollinators and still look presentable in the landscape,” she says.

“I didn’t create holes that were spacious enough.”

There’s a wise gardening adage that goes, “Plant a $5 plant in a $50 hole.” Self-taught garden designer Linda Vater, the creator of the popular Potager Blog on Instagram, learned this the hard way. Early on in her Oklahoma City garden, she skipped smart soil prep practices, including supplying plenty of compost. She also provided skimpy holes for her plants, which struggled. “The hole should be at least 2.5 times the width of the plant root ball,” Vater shares sagely.

“Our raised beds were too big.”

Dee Nash, creator of the popular Red Dirt Ramblings blog, couldn’t resist going big when she and her husband Bill built raised beds for a cutting garden several years ago. Then—yikes!—the weight of the soil caused the boards to bow and separate, leaving Nash with a tough repair job. Ideally, raised beds should be no more than four feet wide and up to 18 inches deep—though they can be as long as you like. “He was trying to give me as large a cutting garden as possible,” Nash says in her husband’s defense. She now knows bigger isn’t always better!

“I had to loosen my expectations.”

Despite what’s printed on a plant tag or what you’ve heard about its performance from another gardener, the way a plant behaves in your garden is completely unique to you. That’s what Norris figured out when plants failed to live up to his expectations—and why he now encourages gardeners to loosen up. “Plants may not perform the way I expect, but sometimes following their lead can be more rewarding and productive than chastising the plant—or myself,’” he says. For example, Norris notes that many gardeners fear that when plants like Packera aurea (golden ragwort) or Anthriscus sylvestris Ravenswing (cow parsley) reseed, they will “take over” or “choke out” others. Instead, he suggests valuing these plants as “gap fillers, simply responding to an open niche” and blocking out unwanted weeds.

“I forgot the importance of a growth pattern.”

Sometimes you like a plant so much, you want it in your landscape whether it’s appropriate or not! Nash remembers being so taken with the beautiful red foliage and excellent cold tolerance of Japanese maple that she was blinded to its growth habit. Nash planted the tree—a vertical grower—too close to her garage. “It’s now about 20 feet tall and requires regular pruning to keep limbs in check,” she admits.

It can be tempting to crowd a landscape with lots of plants, just as you say “the more the merrier!” when inviting folks to a party. But planting, weeding, and harvesting are difficult in a space that’s too intensely planted. Vater learned this—painfully!—while struggling in a cramped bed. The twisting and turning required to shovel the soil out of the way of other plants resulted in a torn disk in her back!

“I weeded too aggressively.”

Weeds happen—in every landscape or garden—but Norris now knows it’s vital to remove them the right way. He refers to his technique as “grazing with his hands,” in which he focuses mostly on banishing aggressive perennial weeds like field bindweed and Canada thistle that threaten the health of the garden. While he removes as much of the weed and its root system as possible, he takes special care to leave the surrounding soil undisturbed to prevent the germination of other weed seeds in the soil. “I’ve learned that sometimes aggressive weeding can backfire,” he explains.

“I was a onesie-twosie gardener.”

Morgan Amos, the creator of the Coffee and Chlorophyll blog, says her biggest challenge is avoiding the common impulse purchase of one or two of everything at the garden center. Once installed in her Wyoming garden, the plant plethora became a jungle. She’s since learned to plant in drifts: limiting the variety of plants in favor of planting groups of at least three of each species for a bigger impact. Morgan refined the approach by focusing on plants with varying bloom times so there’s color throughout the growing season. “This way, when each plant is in bloom, there is enough of it to really catch the eye!” Amos explains.

Gardeners often want what they can’t have—but your USDA hardiness zone ultimately has the final say about what can overwinter in your landscape. Garden blogger Erin Schanen, aka The Impatient Gardener, can attest to that! She’s a self-admitted zone pusher. Her zone 5b Wisconsin garden and proximity to Lake Michigan mean only the strong survive, but that hasn’t stopped her from trying to coax plants from warmer zones, like several Japanese maples recommended for zone 6 and higher as well as some of the newer zone 6 Agastache. “I always end up having to baby them more than I would like and they ultimately succumb to our harsh winters,” she says. “I’m not sure if this is a mistake so much as an experiment, but you would think I’d learn after a while!”

“I nurtured some mysterious seeds.”

Schanen saved and sowed dozens of seeds from a Dalmation Peach foxglove plant she grew in her garden. For months she coddled and cared for them, only to discover they were F1 hybrids, which means the seeds won’t produce plants that look like the plant from which they were harvested. At the time, she didn’t realize the plant she’d harvested the seed from would never produce plants that looked like the parent plant. While seed packets will identify seeds as an F1 hybrid, many vegetable plants available at garden centers are F1 hybrids and therefore incapable of producing what’s called “true seed.” So if you were to harvest seeds from these plants, as Schanen did, you’d get a plant that is a cross between two varieties that will look quite different from the plant growing in your garden. Seed packets or plants labeled as heirloom come true and their seed may be collected year to year, producing fruit with the same characteristics as in past growing seasons. Since foxgloves are biennial plants and don’t bloom the first year, it’ll be another year before she knows what she planted.

“I focused too much on flowers.”

For years, Amos planted flowers almost exclusively. The problem is, once they finish blooming, they leave behind a lot of green and that makes for a very boring landscape. Now she plans her beds around interesting foliage so that once the flowers are gone, foliar colors, shapes, and textures carry the garden through the rest of the season. “I like to break up the bright green by planting varieties that have gold, silver, dark, or variegated foliage,” she says, citing black lace elderberry, coleus, hosta, and heuchera. “I also look for plants with fuzzy or lacy leaves, such as artemisia, lamb’s ear, and tri-color culinary sage.”

“I over-tended to disastrous results!”

Sometimes, a strong shot from the hose is all it takes to solve a pest problem. Wellness lifestyle advocate Shawna Coronado discovered this early on when aphids attacked her roses. A friend suggested she apply a systemic insecticide—and when the bugs disappeared, Coronado decided to treat her entire garden with the chemical. It killed all the bugs, good and bad, and Coronado never saw another butterfly for the next five years! She’s since gone completely organic in her Arizona garden. “Over-tending, when it is not necessary, is as damaging as ignoring a garden completely,” she says.

Well, there you have it.  I am sure that each and every one of our readers can relate to some if not all of those landscaping mistakes.

Whether you’re a lawn care novice or a master gardener, everyone can use a little help around the yard, especially when it comes to mowing the lawn on a regular basis to keep it healthy and lush. Come back for more landscaping tips, recommendations, and problem-solving tools that can help you tame your great outdoors.

Your friends at Shamrock Landscape in Benicia.