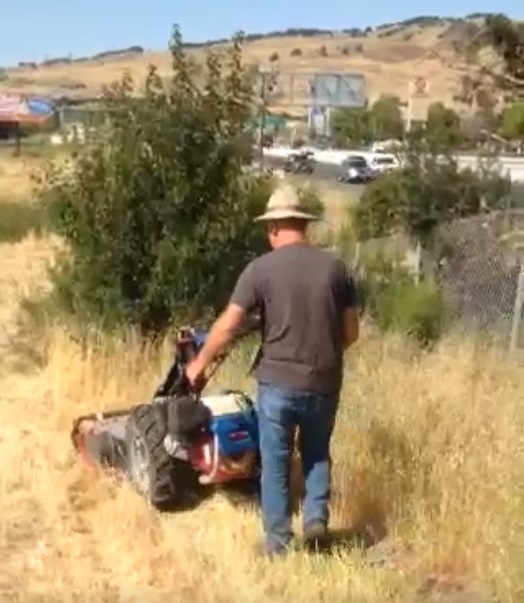 A Closer Look at the Phenomenon of Destructive Wildfires in California

With wildfires all around us we re-posting this article just to remind us all to be aware of the dangers a campfire, a dropped cigarette, or a spark from a lawnmower can pose.  In this dry climate, it doesn’t take much as we all have learned.  The devastation caused by the wildfire in California, Oregon, and other places is severe and we can’t be careful enough.

The fall months of September to December are typically considered “peak” months of California’s annual fire season. For the past few years, however, California has seen a general trend of increasingly destructive fires, exacerbated by the effects of Earth’s rapidly changing climate. Naturally-occurring wildfires typically spark during periods of extreme drought and dry weather. These dry conditions, coupled with strong winds, natural kindling (usually found in the form of dried-up vegetation), and a spark — a fallen power line; a forgotten cigarette, or a campfire — can be a deadly combination.

Because wildfire season is an unfortunate reality of life for California residents, its effects can be felt everywhere, including on this very campus. U.C. Santa Barbara (UCSB), along with the other University of California schools, is no stranger to the dangers that quickly spreading wildfires can pose to a campus community. In recent years, UCSB has been directly affected by fast-spreading, intensely destructive fires.

In the fall of 2017, fall quarter-finals were canceled as the Thomas Fire raged in Santa Barbara and the neighboring area of Ventura County. Many faculty members, staff members, and students were forced to temporarily evacuate their homes to escape the fast-moving blaze. The fire, which is one of California’s largest on record, ended up destroying over 1,000 structures.

The next year, heavy rains displaced previously destabilized areas of burned land in Montecito, which resulted in disastrous mudslides that killed 23 people, destroyed 130 homes and caused hundreds of millions of dollars in damage. Finally, in the fall of 2019, the Cave Fire raged in parts of Santa Ynez and Santa Barbara County, forcing administrators at UCSB and neighboring school Santa Barbara City College to cancel classes during the week before Thanksgiving Break.

Once a wildfire has been ignited, three conditions must be fulfilled to allow the fire to continue burning and growing in size. Called the “fire triangle” by firefighters, the three conditions are ”fuel, a heat source, and air.” California, famous for its dry Santa Ana winds, serves as a uniquely suitable environment that allows wildfires to grow. Dryness in drought-prone areas like Australia and California has caused vegetation and soil to dry up in record numbers as the result of the rapidly changing global climate.

According to Yale Climate Connections, California experienced an extreme case of “weather whiplash,” going from a record-breaking drought in 2012-2016 to a wet, rainy season in 2017-2018. The combination of drought followed by rain contributed to the growth of new plant life that was subsequently dried up by record-breaking heat levels, contributing to California’s intensely destructive 2018 fire season.

The undeniable danger that wildfires pose in California has led scientists at UCSB to take a more hands-on approach towards explaining unpredictable weather phenomena.

For example, researchers at UCSB’s Bren School of Environmental Science and the National Center for Atmospheric Research are exploring the possible effects of climate change on the major weather pattern El Nino, and how those effects could possibly impact the frequency and severity of future wildfires in California. Their findings, published in a study called “ENSO’s Changing Influence on Temperature, Precipitation, and Wildfire in a Warming Climate,” could have “implications on land use and on wildfire fighting and prevention strategies at urban/wildland interfaces.”

According to study co-author and Bren School faculty member Samantha Stevenson, the paper proves that “in fire-prone places like California and Australia, we can expect future El Niño and La Niña events to have a bigger impact on fire risk in a given year.” Stevenson also added that the sensitivity of land temperature and precipitation is “due to climate change.”

The research being conducted by academics at UCSB and at other institutions in Santa Barbara is just one of the ways that residents of the Santa Barbara community are doing their part to combat and raise awareness of fire dangers in the area.

Although the measures being taken by the Santa Barbara community might seem overly cautious to the outside observer, at a fire public safety event held at Santa Barbara’s Office of Emergency Management last October, wildland fire specialists stressed the importance of understanding climate change in our region.

According to Noozhawk, public officials stated that “communities need to accommodate a growing population” in order to “guarantee fire safety.” Noting the importance of observation and research, Leila Carvalho, a professor of meteorology and climatology in UCSB’s Department of Geography, finished by emphasizing that “increasing resilience in the changing environment is a community effort.”

If you live in a rural area it is extremely important to clear the brush around your home, and we can help you with that.  The recommended clearance is 30ft from your structure and more if you are dealing with elevations.

Prevent the next wildfire in California and give us a call (707) 647-2000 if your mowing equipment can’t handle tall grasses and brush and we will get the job done for you.